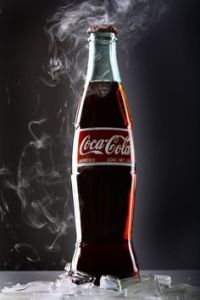 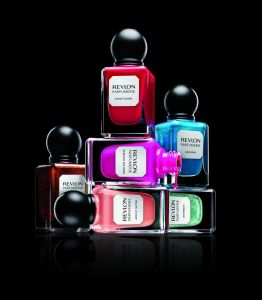 This first photograph I would like to recreate is a coca-cola advertisement. I really like the steam in this photograph and I think its very interesting and eye catching. The advantages of this shoot would be that I know how to shoot glass and it would be a dark field shoot and I have old coca-cola bottles at home so I wouldn’t have to buy anything except for the actual drink. The disadvantages to this shoot would be to create the steam or smoke, But I looked up some ways to do that other than creating dry ice and microwaving a wet cotton ball will create steam. Another disadvantage would be that the ice would keep melting but that also could be a advantage to create a new texture/reflection on the table surface.

The second photograph I would like to recreate is a revlon nail polish advertisement. I would like to recreate this one because its very eye catching with all the colors against the black backdrop. The advantages of this shoot would be that I know how to manage reflections in glass bottles and the set up is black so I wouldn’t have to worry about the white surface showing any smudges. I would also be able to have an excuse to buy some new nail polish. The disadvantage to this shoot would be to figure out a way to get that drip of the nail polish just right and to not have to photoshop a huge puddle of nail polish out of the foreground and nail polish is pretty expensive.